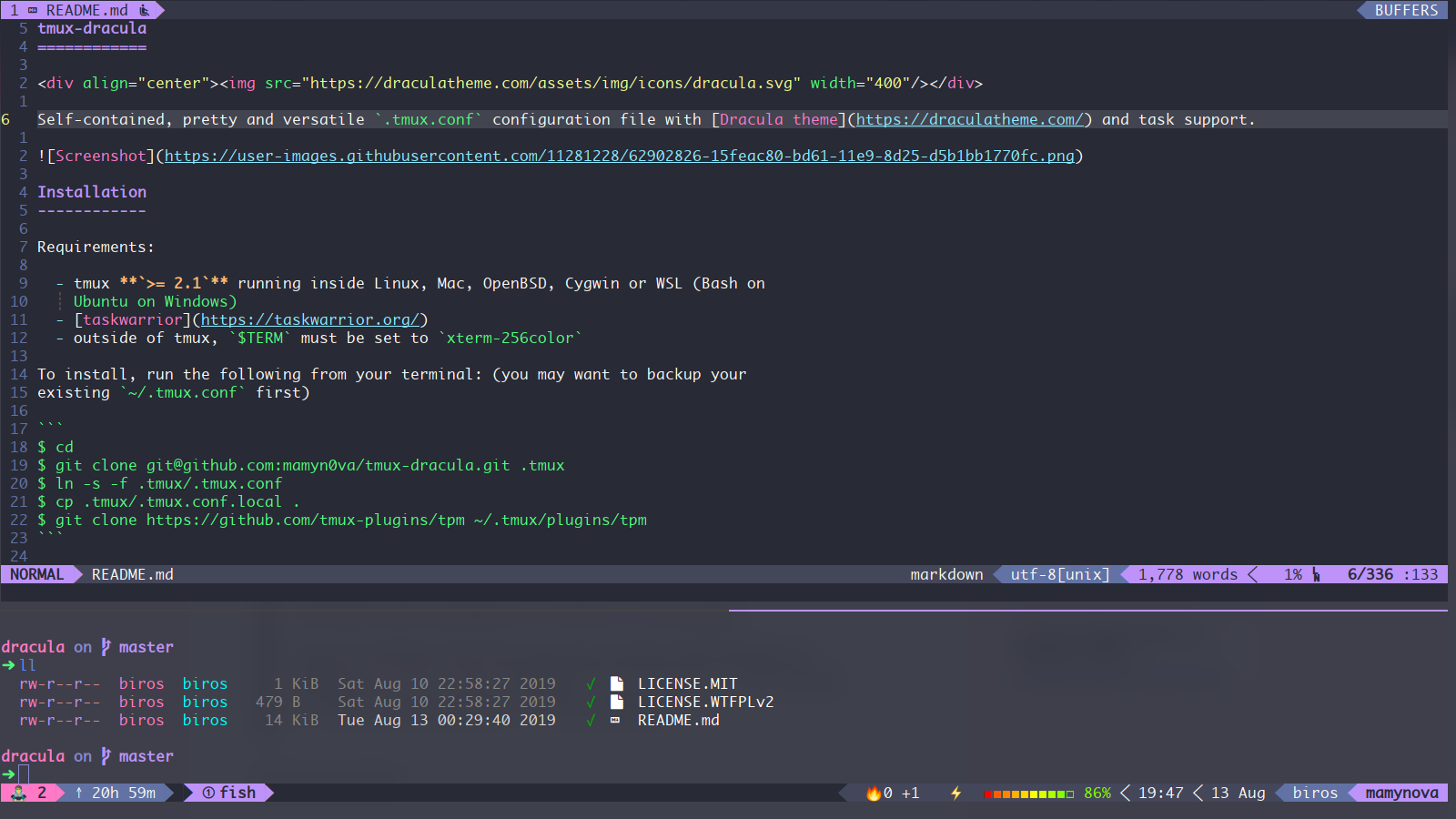 Recently, I’ve customized all my favorite apps with Dracula theme. As the Dracula team does a great job, I quickly found themes for the following apps:

There are also many Dracula themes for Firefox. I choose Klorax’ one.

Then, I wanted to go further and have the same journey in my terminal emulator. Fortunately, the deepin-terminal comes with a lot of bundled themes, including Dracula.

But as a Tmux user, I was a bit frustrated as the status line I used had nothing to do with Dracula. And there was no Dracula theme for Tmux. So I created one:

In fact, I just forked the awesome Tmux conf from gpakosz and I changed the colors according to the color palette of Dracula.

The shell in the screenshot is fish with SpaceFish prompt.

If you’re looking to have the same look and feel when listing your folders (ls, ll or lla), I created a Dracula theme for colorls which is a drop-in replacement for ls unix command.